Established in 1969, Murphy’s Pub is a place where neighbors & friends, young and old gather to share good times! Murphy’s is a cornerstone of the neighborhood, serving Clifton Heights and the University of Cincinnati community for over 30 years. A long legacy of customers and proprietors has passed through its doors over the years. Neighborhood regulars as well as the famous and infamous have added to the Pub’s legacy. 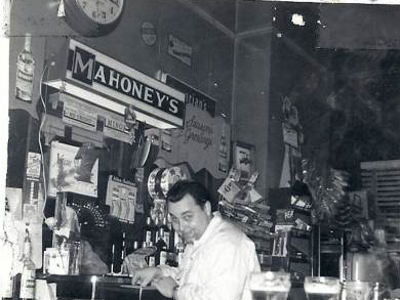 The building that is home to Murphy’s Pub has a long and intriguing history. Originally established as Virgil Hahn’s Restaurant & Bar in 1938, where the first drinks were poured, twenty years later, the business changed hands and names. Charles Mahoney took over the business in 1958, putting his name over the front door. Even with a new name, the flavor of the establishment stayed the same, a local watering hole with room for everyone. Mahoney retired in 1969 and sold the business to two young men, a local by the name of Bailey and an Irishman known as Murphy. Not much is known about the mysterious Mr. Murphy. Shortly after taking over the business, he is believed to have returned to Ireland for a visit only to disappear into the political troubles of the time. To honor his lost partner, Bailey changed the name in 1970 to Murphy’s Pub. 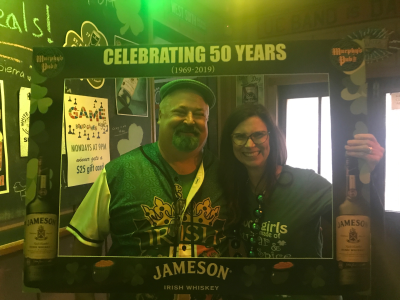 As the years passed a variety of people have owned the Pub. Or rather, have been caretakers of the place that has become an institution in the neighborhood, known for excellent customer service. 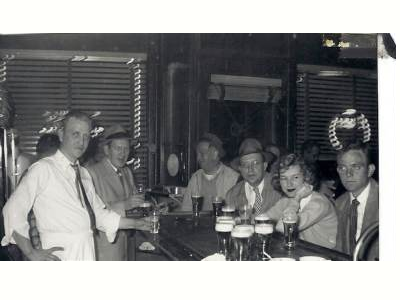 Not just a neighborhood bar, Murphy’s Pub has become a favorite night spot with students attending the University of Cincinnati. Many alumni have stopped back to reminisce about the first time they discovered the friendly, low-key atmosphere found at Murphy’s Pub. Whether on the walls or the website, many can still find a picture of themself “Back in the Day”. 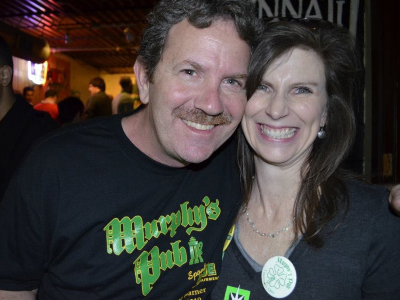 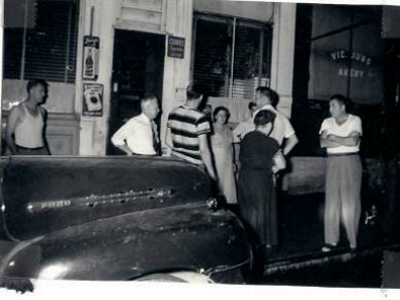 Stop in and become part of the Murphy’s Pub legacy. Young or old, new to the neighborhood, or lived here all your life, Murphy’s Pub is open every day and ready to continue the tradition.